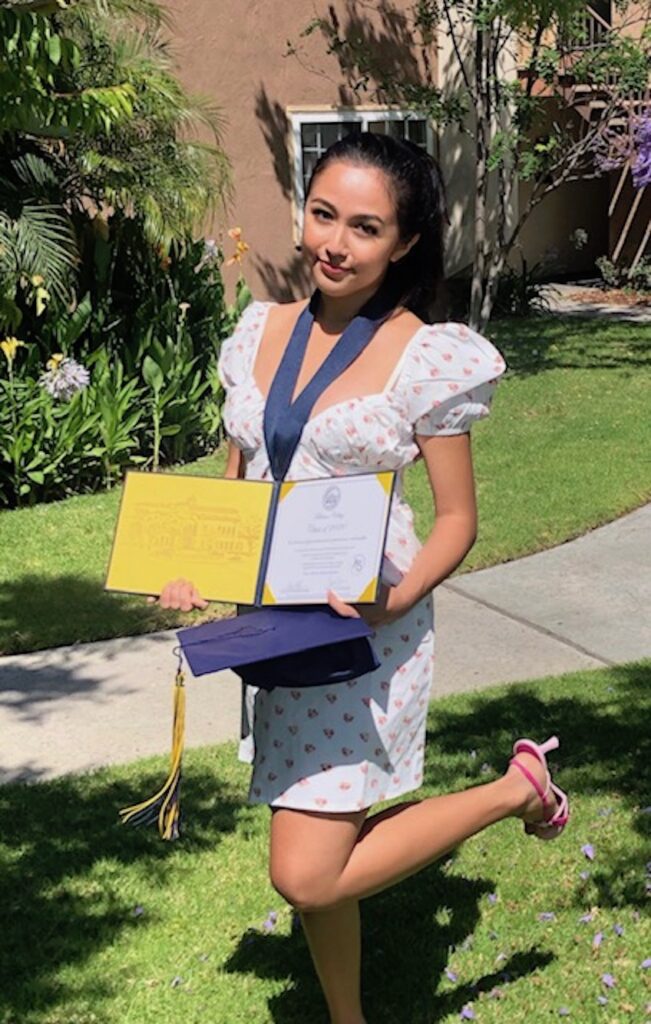 I announce with the greatest pleasure the inaugural recipient of the John Westcott Memorial Journalism Scholarship. Tania Rangel, who recently graduated from Fullerton College with an associate of arts degree in journalism, received a small scholarship to continue her studies at Cal State Long Beach.

Tania initially enrolled at Fullerton College as a communications major. But it was the journalism class she took during her third semester that ignited a passion for writing. Something just clicked.

When Tania met with journalism professor and media adviser Jay Seidel to discuss her writing interests and goals, he advised her to change majors. Immediately afterward, Tania went straight to the admissions and records department to switch her major to journalism.

While at Fullerton College, Tania published pieces in the student-run magazine Inside Fullerton. She specifically chose to continue her studies at Cal State Long Beach because of that university’s journalism program and newspaper, the Daily 49er.

Tania hopes to become a reporter at a news station. Another interest is copywriting, and she plans to minor in public relations.  Tania is fluent in Spanish, too.

Jay Seidel described Tania as the “perfect recipient for the first scholarship” and said that John would have liked her. I bet he would have, too.

John’s passion for journalism was equaled only by his love for teaching. While reporting for the Orange County Register, he enjoyed mentoring interns and new reporters.

It is so nice to have this continuing connection with Fullerton College, a place and purpose that was so important to him. The journalism department will present this scholarship annually at the end of spring semester. Coincidentally, John’s birthday was in late May. Perfect timing.

I thank everyone whose donations made the scholarship possible. In particular, I thank Cathi Douglas, John’s former colleague and good friend from Orange County Register days. It was Cathi’s idea to honor John’s memory in this way, and she contributed the initial endowment.

Tania, we wish you well and hope the scholarship helps you further toward your goals.

The Fullerton College online scholarship application period is Jan. 1 to Feb. 28, 2021. Watch for additional details coming in November. The criteria are: